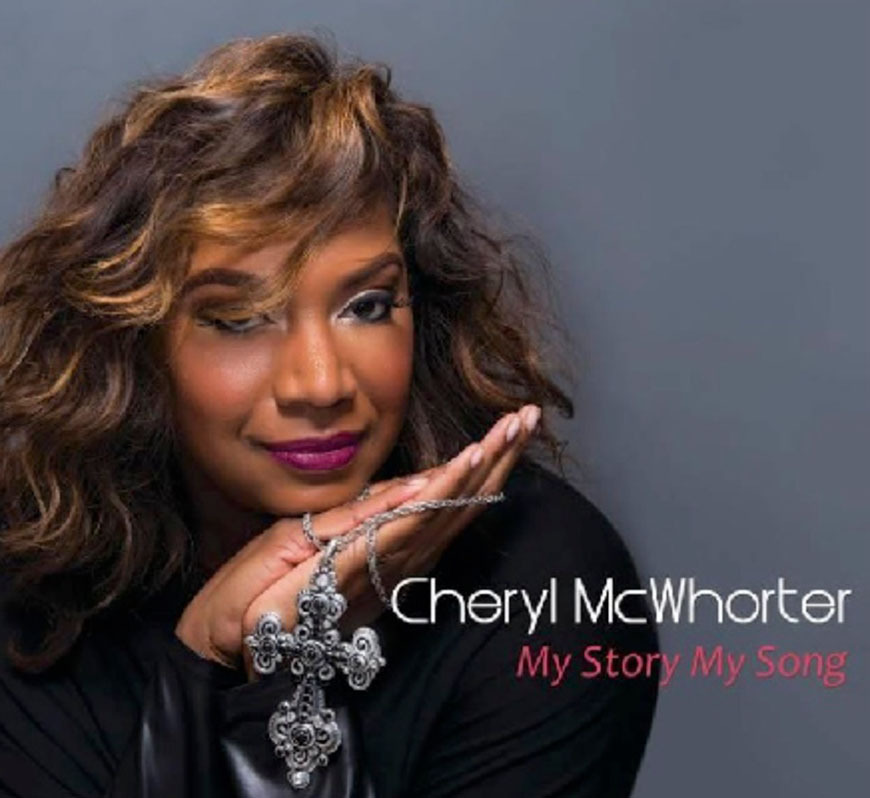 A native of Montgomery, Alabama and currently residing in Birmingham, Alabama, Cheryl blends Christian melodies with smooth contemporary jazz, traditional gospel, with a sampling of neo-soul. The inspiring messages in her lyrics make her one of gospel’s most popular new artists. With a sound comparable to CeCe Winans, Yolanda Adams and Kim Burrell, she has received praises from crowds of all sizes during her live performances. Cheryl’s anointed voice serenades the Lord in praise and worship ballads such as Thank You Lord; No Matter What; You Reign; Throwback Praise Medley, Mountain Mover; Forgiven; and Won’t He Do It. She recently completed her 11-track debut album, Cheryl McWhorter: My Story My Song which released June 2016. Gospel singer, Cheryl McWhorter got her musical start early. Her father, a pastor would frequently call her up to sing before and after his sermons when she was only seven years old. Her mother, lead singer of an a cappella gospel group would have her to fill-in when one of the group’s members could not attend an event and soon she was singing everywhere she could; at church and in local talent competitions, a pattern that continued all the way through her public school years of which she attended a highly competitive performing arts high school. Cheryl auditioned and placed as a finalist in the 2009 season of the BET hit show Sunday Best, besting over 3000 candidates in the Atlanta area and performed for judges Bebe Winans and Erica and Tina of the hit gospel duo Mary Mary. As she promotes singles from her newest project, she’s served as an opening act for Earnest Pugh, Dorinda Clark, Ted Winn, Byron Cage, Ricky Dillard, Patrick Dopson, the Wardlaw Brothers, Pastor Charles Jenkins, and she has been featured on Bobby Jones Gospel television show as a featured new artist on Impact Television Bobby Jones Presents.